Featuring some gorgeous vocals and crisp production, ‘Crush’ was recorded with the help of producer Rob Cass who has worked with the likes of Robbie Williams, Will Young and Paloma Faith.

Having played guitar and piano since the age of 10, Line has long had a passion for music, her mother often telling her she could feel her dancing in the womb. She started writing her own songs and performing to people as a late teenager, although she was very shy at first. However, this shyness also helped to fuel her songwriting, making her lyrics more personal and introspective. 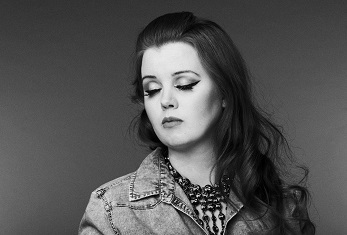 Releasing her debut EP Fly High Fly Low in 2014, Line has already gained some recognition in Norway, her EP receiving acclaim from critics including a top score of 6 from Utropia. Her single ‘Why do I Cry’ was even played on national radio.

A highly versatile musician, Line not only sings and writes her own music, she also plays a number of instruments include guitar, piano and harmonica (she is currently also learning to play the fiddle). She has a keen interest in vintage music and vintage guitars and owns several custom made guitars and her own custom-made pedal-board.

Line was born in Tromsø, also living for some time in Svalbard, one of the most Northerly inhabited places in the world. As a child, she grew up regularly witnessing the beauty of the Northern Lights, as well as once having a close encounter with a polar bear whilst at Kindergarten.

Having already played a gig in Bedford and recorded in London, the singer is now looking to spread word of her talents to the UK.

One to Watch: Kelsey Coleman’s Gift to Rapidly...

Israel Nkeki’s Painful Journey and his Redemption Through...